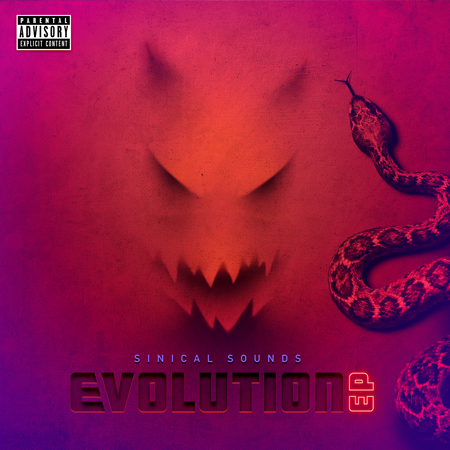 Late 2020, Alabama-based “Sinical Sounds” made his Dubstep/EDM debut and quickly showed sound design skills superior to some of the greats. Now, he’s back with a new five-track release that is sure to be the project that put’s everyone on notice.

“Evolution” is a melodic dream… A straight from hell, angry, crushing bass melodic dream.. Each track has it’s own identity but is as cohesive as it could possibly be as a whole. This truly is an Evolution of the Sinical Sounds…sound.

I can’t say enough about the sound design. While most dubstep/EDM project can start to feel tirelessly the same, you won’t get that here. From start to finish it’s an experience.

This EP closes with a track titled the same as the EP where you’ll find that I make an appearance (as Finesse of course). This one was fun to do and is chaos in it’s purest form.

I can’t wait till the world opens back up and we can hear these tracks at festivals and clubs the way they’re meant to be heard. Play these records at high volume and let it take you away!

I’d also like to take this time to announce that for a few months now Corey Glenn of Sinical Sounds has been a HUGE part of the production team here at 1519 Music Group. It’s been a blast getting to work with such a talent again. Some of you may know we have a long history so to see things through full circle has been amazing. So thank you, Corey; for your contributions over the last few months. They’ve been critical in the growth of 1519 and we’re just getting started! Hopefully, we’re not too far away from you being in the office daily. Keep grinding and know I will return the favor tenfold. Not many things make me happier than seeing you create and back in your bag again. There’s no limit to where this can go. BURN THE BOATS!